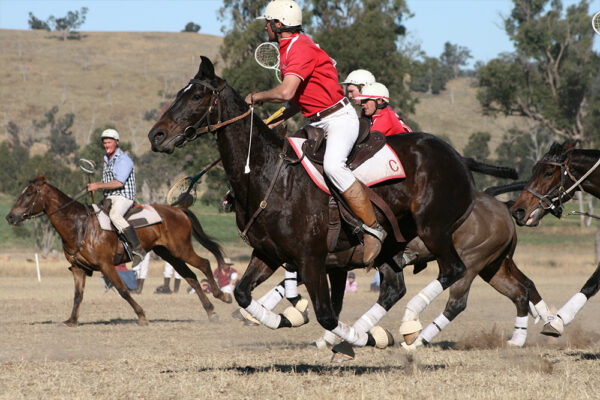 Thea is the only mare we have from Rita or 10-4, a mare we exported to England. She is currently being played by Chris Anderson, and has had a fantastic start to the 2013 season taking out Champion Mens ASH NSW Clubs, Albury, Best No 3, Champion Mens horse and Champion Horse of the Carnival Quirindi, and Best Mens Horse and Rider Combination Cassilis.

In 2014 we took 6 embryos from Thea, which resulted in Berragoon Hype by Berragoon Expose, Berragoon Blitz by Berragoon Bobby’s Rush, plus a filly who was sadly lost, a filly and a a colt by Bewick (1 sold) and 1 by Gigolo (sold).

Thea was a part of the winning NSW Mens team that won at the 2014 Darwin Nationals, ridden by Chris Anderson.