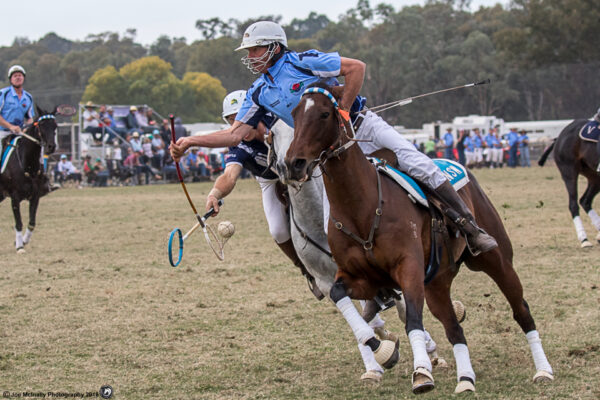 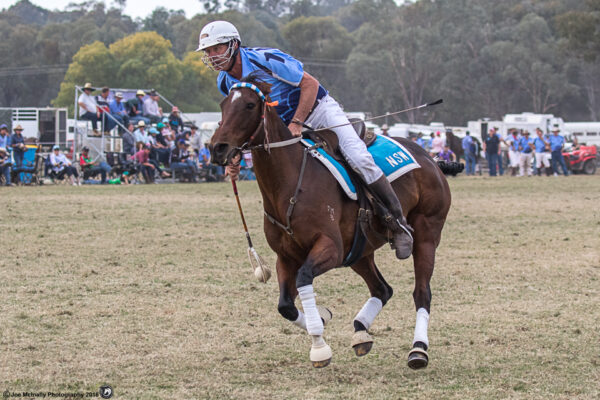 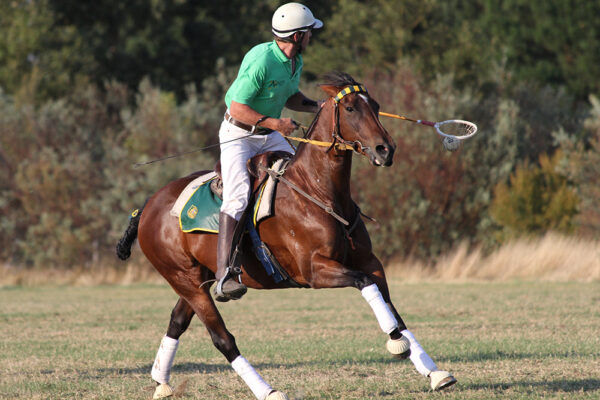 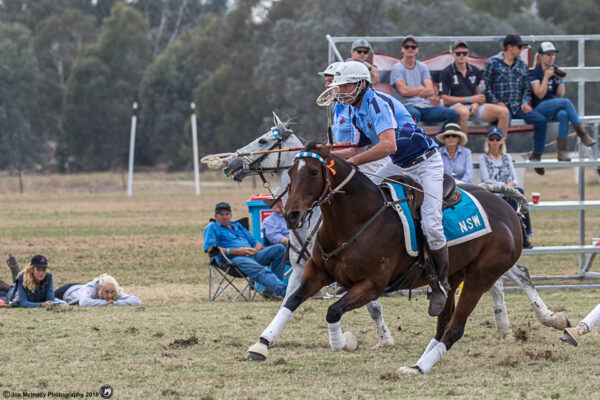 Waves is another very good sort of bay mare out of Ravers . She is extremely cowy and was also thrown in at Nationals. When an accident to another horse forced her to be played for 2 games in the U24 Womens, and she handled herself extremely well, considering she had only played 1 game previously!

We have a 4YO filly “Fuss”, from her by Keewong Combat, who has been broken in now, and we are extremely happy with her. We have a stunning 2YO filly “Splash”, by Finno, and another filly sold at our sale for $3500.

Abbott rode Waves in the NSW Mens team at Warwick in the 2014 Barastoc Series, where they won the competition as well as taking Man of the Match for one game, and also taking out the Champion Horse of the Barastoc Series.

Charlie played her in the winning NSW Masters Mixed team at the 2014 Nationals in Darwin.

Katie Wills will be riding Waves at the 2016 National Polocrosse Championships in Albury next April. This will be Waves’ 3rd Nationals in her short 9 years.

We are looking forward to 3 foals out of Waves, 1 by Keewong Combat, 1 by Mewburn Bewick and 1 by Stonebrook Finno.