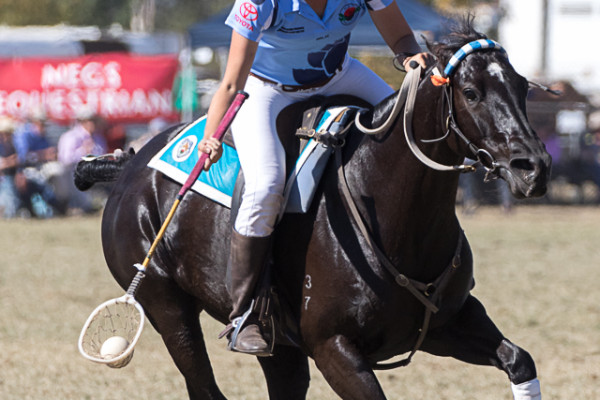 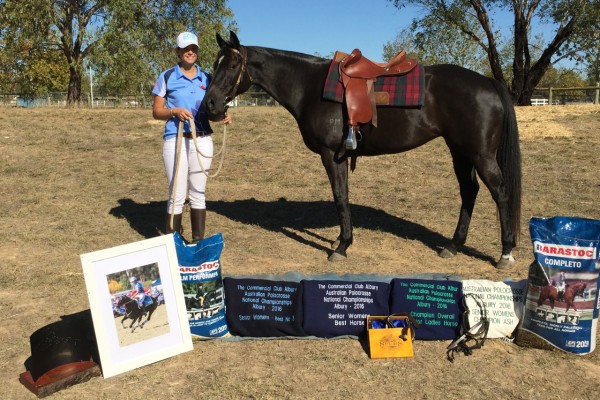 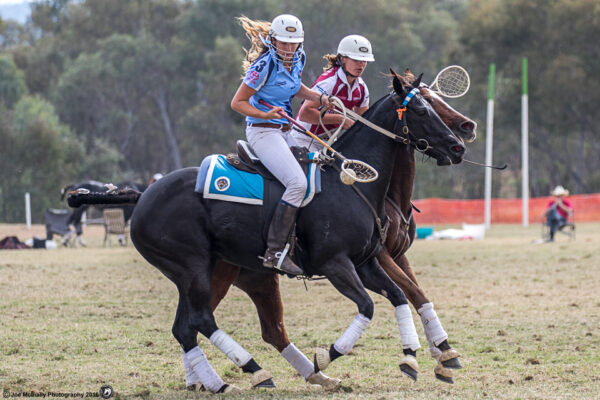 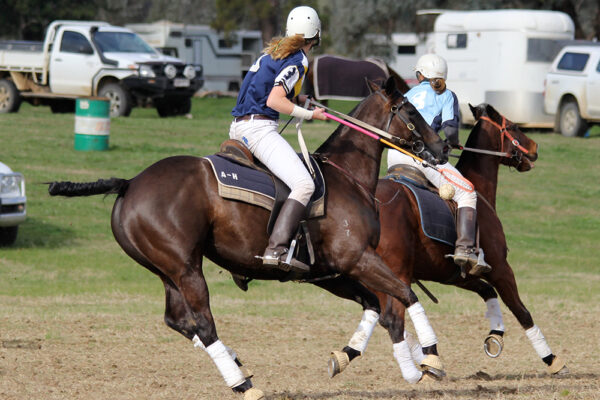 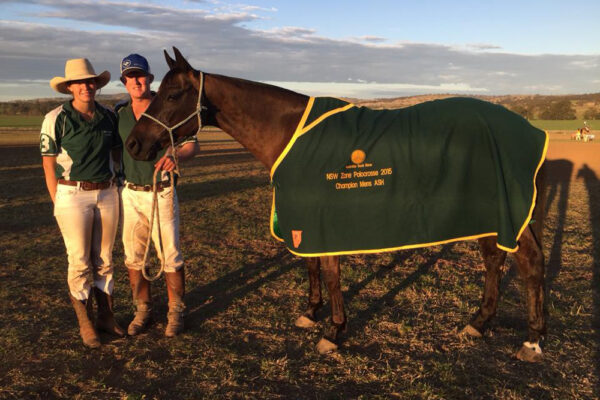 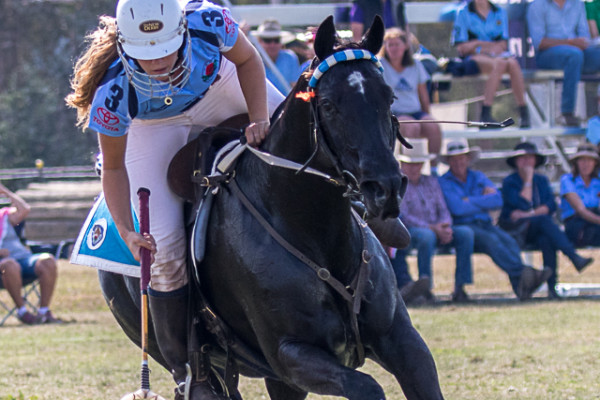 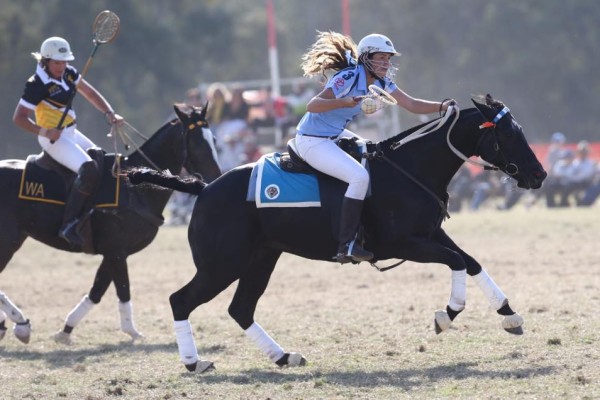 Hallie is a very stylish black mare, who has won in the led ring. She has just started her polocrosse career in 2013, as a five year old, and was named Best Ladies Mixed No 3, NSW Club Championships Albury 2013, at her 2nd Carnival.

Hallie won the Challenge and Campdraft including top Cut Out at the ASH Youth National Show, 2013.

Her first foals were born in the 2013 season, one by Bonlac Gigolo, a stunning chestnut filly, Rebel the other by Carbon Copy, a very handsome black colt, Forgery sold.

Another full sister Glamour is playing polocrosse in Qld, another Witchery has been sold to Qld for $6000, and we have retained another Dior.

She produced our first set of triplet embryos, born in 2014, by Mewburn Bewick. One of these has been sold to Qld. The second a colt was sold to Victoria, and we will retain the filly Habati.

Lucy rode Hallie at Warwick early in 2014, in the winning NSW U21 Ladies team in the Barastoc series, where they won Best Horse and Rider Combination.

Hallie was also named 2013 NSW Runner Up Ladies Rookie Horse of the Year, in her first Year.

At the 2015 NSW Zone Chamionships Hallie was played by Matt Davison and won Best Mens ASH.