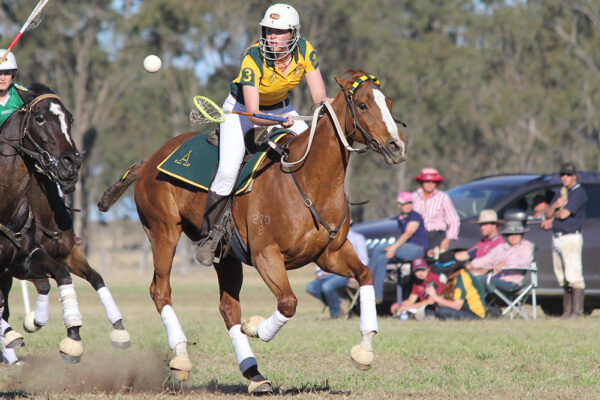 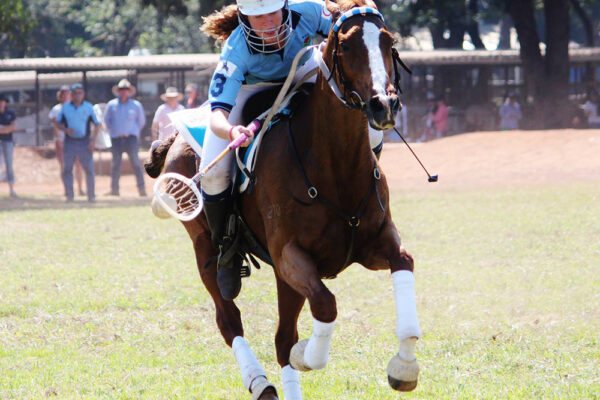 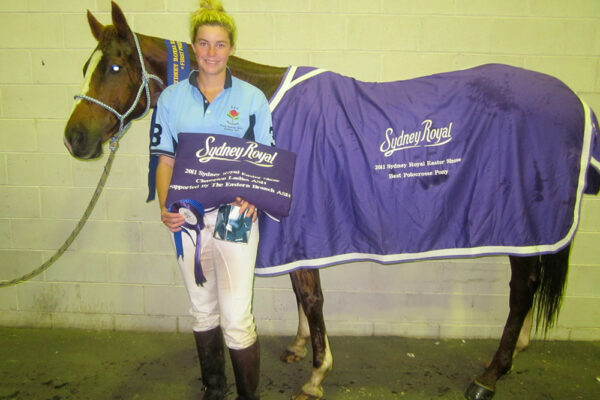 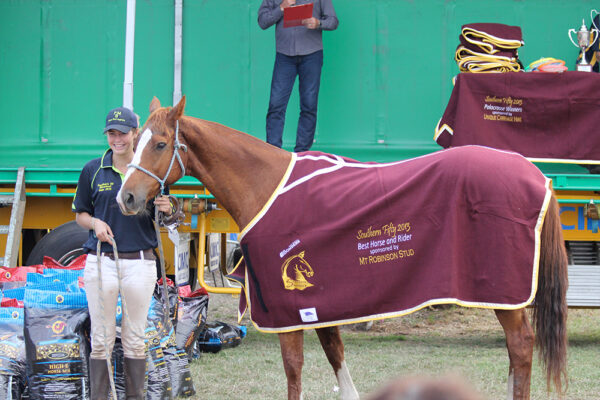 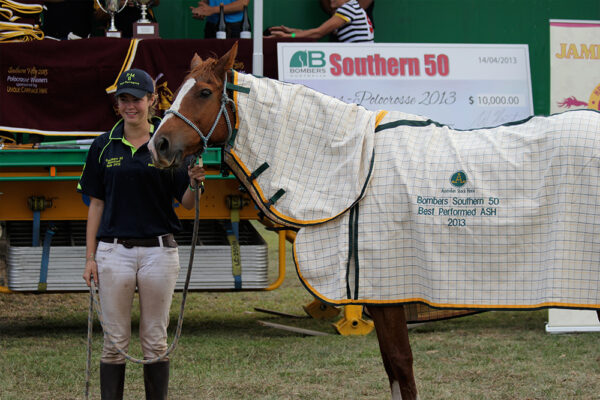 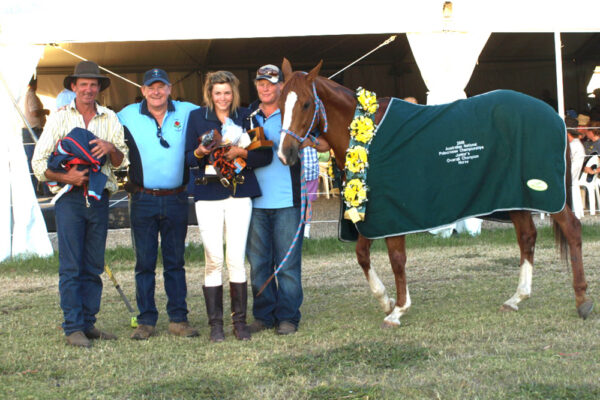 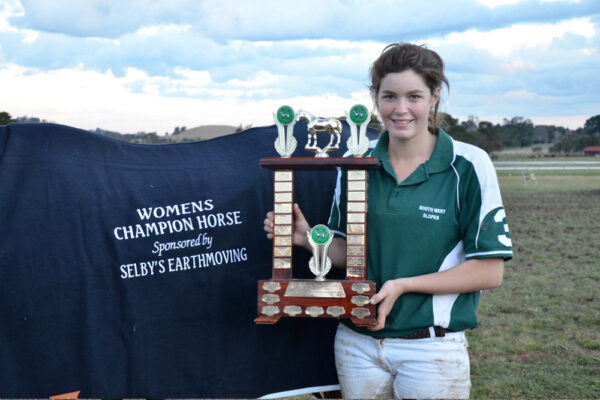 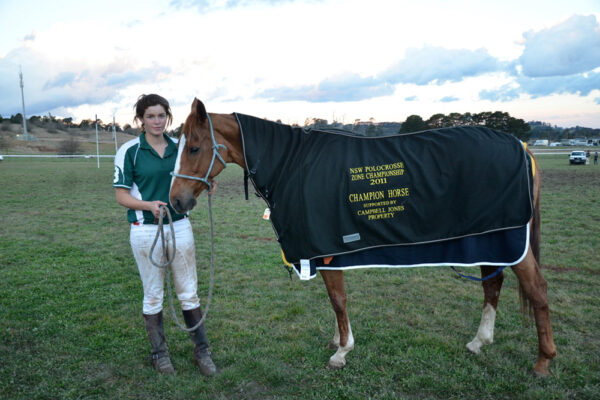 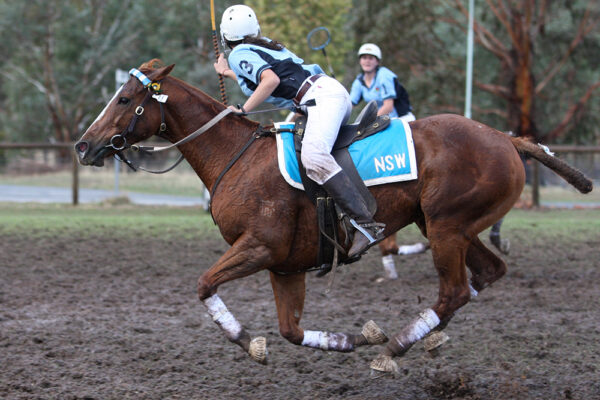 Ravers is an exceptional mare. Extremely fast, tractable and with that, a beautiful mind! Her prize list is spectacular including 2008 Nationals Perth, Best Junior No 3 and Champion Overall Junior Horse. 2010 Nationals Ballarat, Best No 2 and Overall Champion U24 Womens Horse. 2011 Royal Sydney Show Champion Ladies ASH and Champion Overall Horse. 2010, 2011 and 2012 Carmel Brian Trophy for the Champion Ladies Horse at the NSW Zone Championships. 2011 Champion Horse of the Carnival NSW Zone Championships. 2012 Nationals Warwick, Best No 3 U24 Women.

Ravers also won Champion U21 Ladies ASH at the 2014 Darwin Nationals, her 5th Nationals in a row.

More recently Ravers took home best ASH at the Cassilis Club carnival and best #3 in the Championship Womens at the NSW Zone Championships.

She also is breeding on very well for us. 2 of her progeny Favour and Waves are A grade mares, and both played at Darwin, Waves in the Masters, and Favour in the Womens. We have several young mares Scarlett, (Coolum Epic) Beaches (Wallabah Excel), Ripple (Knights Top That, sold), Swell (Finno) Sold 2014 Sale, and Lilly (Keewong Combat). We have also retained a colt, Expose by Wallabah Excel, a 3 YO, with his first foals due in 2014.

In 2015 we are expecting 4 embryo foals from Ravers – 2 by Mewburn Bewick, 1 by Stonebrook Finno and 1 by Bonlac Gigolo.